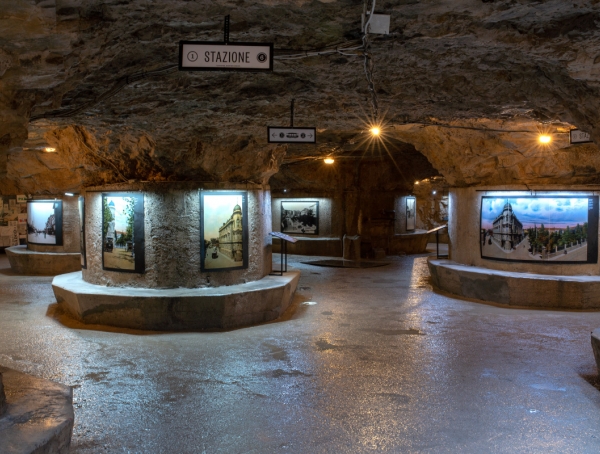 Before the start of the First World War, Pula was the main military port and an important military–strategic centrepiece of the Austro-Hungarian Monarchy of that time. To defend Pula, a dynamic system of structures was constructed, which extended from the western to the eastern coastline of Istria, and included island of Lošinj.

In the city itself, beneath Pula’s hills, the Austro-Hungarian authorities began to construct an underground system of tunnels and shelters with munitions depots and corridors for communication. These were required to shelter people in case of air strikes on the city. Not one of Pula’s hills in the very centre of the city was spared the drilling and digging. A wide-ranging network of underground tunnels was created.

Beneath the city’s central hill, an underground shelter on two levels is located: one beneath the Kaštel fortress located on the top of the hill, and the other, at its base, which, like Zerostrasse, links together parts of the city centre.

Zerostrasse has four entrances from different sides of the base of the hill, through which underground corridors lead towards a unique space in the middle. The entrances are distributed in a way that ensures the air circulates properly, while the air temperature oscillates between 14 and 18 °C all year round. The corridors are around 400 metres long, between 3 and 6 m wide, and around 2.5 m tall. The space was sufficiently large to accommodate around 6000 people.

After the First World War, the Italian government continued to use the underground shelters, and expanded and updated them. All the Pula shelters could accommodate up to 50,000 people, which is undoubtedly an impressive figure as it is almost equal to the number of city residents.

The underground section of the Kaštel fortress (mezzanine) has three entrances, from the north, south and west part of the hill. It consists of two corridors arranged in the shape of the letter L. You can find several rooms along the corridors, which used to be various storerooms, kitchens and four prison cells.

The entrances are distributed so as to ensure the proper circulation of air, while the air temperature in every season oscillates between 14 and 18 °C. The corridors are around 100 metres long, between 1.5 and 2.5 m wide, and around 2 m tall.

Where you can find us:
Address: Carrarina 3a, Pula
Search on Google maps 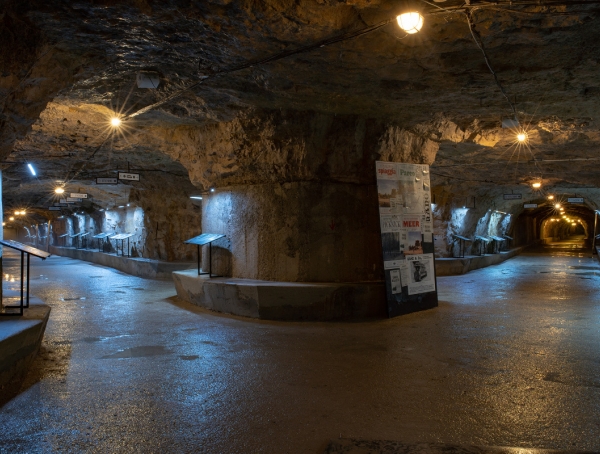 We are expecting you. Visit us!

The Historical and Maritime Museum of Istria (Povijesni i pomorski muzej Istre – Museo storico e navale dell’Istria), is located on Kaštel, the central Pula hilltop (about 34m above sea level), which has been the focal point of Pula’s development since its earliest history...